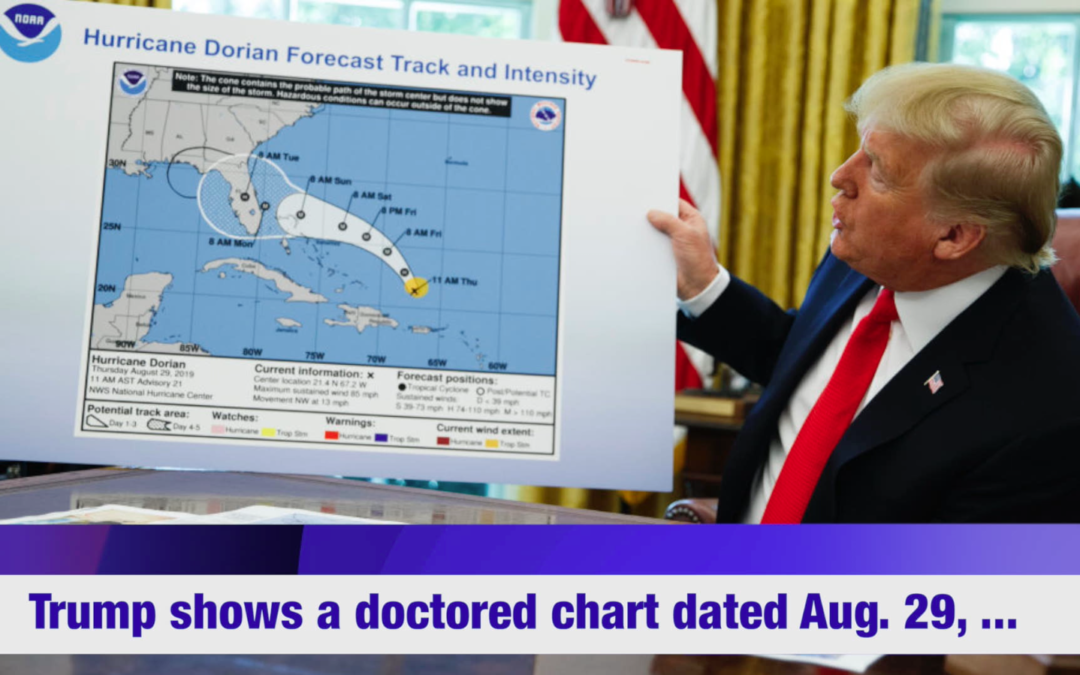 Understanding how Trump lied about hurricane Dorian helps us understand how he lies about everything else he’s lying about. Which is unfortunately a lot of things.

To be an informed citizen we all need to understand better how to tell if someone is lying. That is especially difficult when the lie is multilayered or exists in a complex web of deceptions. Trump often uses facts out of context, but in the case of Hurricane Dorian and Trumps assertion that it was going to hit Alabama; he was flat out wrong… And then he lied about it… and then he kept lying about it.

Trump obviously does not care about truth , reality, or facts of any kind, especially when they contradict him. But lying about where a hurricane is heading can cause all sorts problems such as causing people to begin to prepare to evacuate, or even to unnecessarily evacuate, which can be hazardous and costly when done en masse.

The Trump administration claimed Donald was getting hourly updates. But if that were true, then Donald would have known on September 1 that the hurricane was heading north, and not going to hit Alabama. What is clear is Donald was using a warning chart from August 29, to prove his claim on September 1 was valid. But that is kinda like Donald saying, I never said I was for the U.S. to go into Iraq, even though in an interview, Howard Stern asked Donald “Are you for invading Iraq?” Donald replied: “Yeah, I guess so; I wish the first time it was done correctly.”

The even bigger issue is when Trump/Trump administration, via The Commerce Secretary Wilbur Ross, were reportedly warning NOAA and related weather officials to support Donald’s lies, or face consequences. This is Donald the bully, and wanna be mafia boss puffing up his chest again… All because he was wrong, yet again.

So is Donald lying? Or is he really dumb enough to believe his own words?