How Trump is Faking the Covid19 Test Numbers 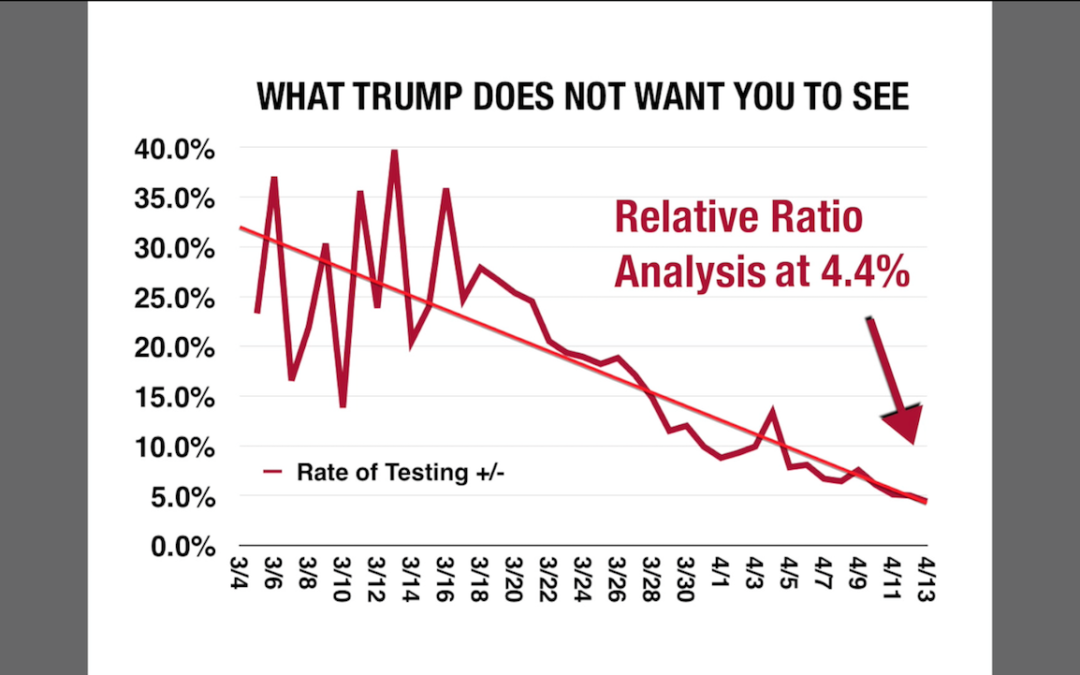 Trump wants to open the economy. and asserts he has ‘total authority’ to do so. Basically he’s going full on dictator on us. Well, we pretty much knew that was coming anyway.

But this piece is about ‘why’ he is saying it’s okay to open the economy now. He says it’s because the numbers are looking better. But there is a bit of a problem there. He’s cheating. While he continues to claim we are testing better than anyone, which America is not, the fact is the testing numbers have been dropping off from the initial surge in the first two weeks. The real problem is that it looks like Trump planned it that way; mainly because that is typical Trump tactics to achieve his main goal, get the economy going so he can brag about how great he is, Unfortunately, this comes at the expense of American lives if he gets his way. .

The tactic is typical Trump. Lie, cheat, steal, distract, avoid, blame others, claim you’re a winner. As usual, there are multiple issues going on here.

Trump, according to reports, was informed that a virus was amping up in China, via the PDB (Presidential Daily Brief) in November of 2019. Of course Trumps SecDef, Esper says it’s not true, but we already know that Trump only hires sycophants that will do his bidding. So we can’t trust Esper to tell the truth.

I performed a relative ratio analysis of the day by day testing numbers and it clearly showed a definitive fall off after the first two weeks. It started with around 20% to 35% increases per day, but after March 18, it began to drop, and continued to drop, all the way down to 4.4% on April 13th.

As I assert in the cast, If Trump knew of this, then he has planned to open the economy, based on false data, that will kill Americans. In any normal case that indicates pre-meditated murder with intent. And Trumps intention is simply to get reelected. I can’t say yet how that is going to play out in the election but certainly we can expect Trump to blame Hillary or Obama, or whomever he feels like blaming based on his gut, at any given moment, that may or may not have been guilty, or… maybe…

Well, straight from the horses mouth, or his wherever.