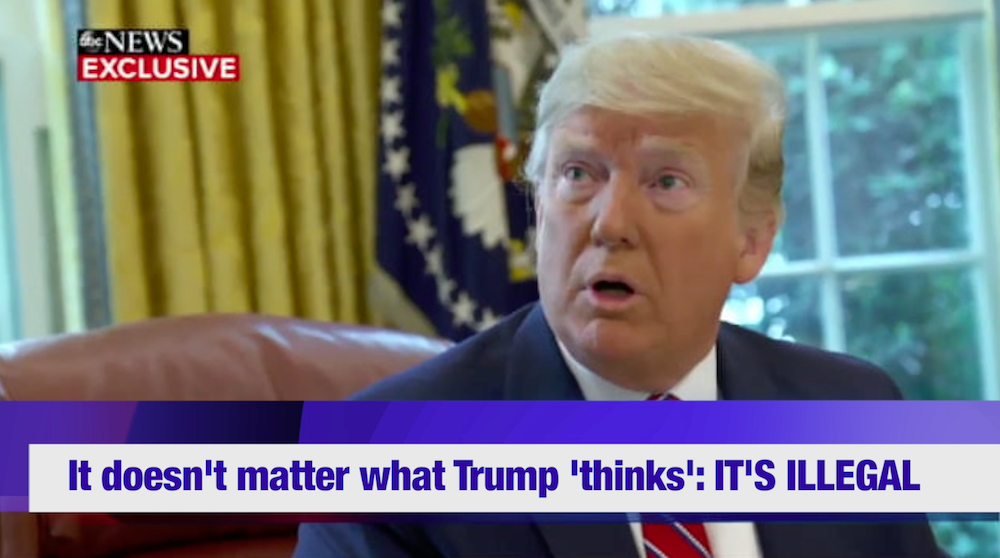 Trump continues to exhibit irrational and confounding behavior. Of his Ukraine phone call, he says it was perfect…? Perfect for whom? Himself? Certainly not America. By continuing to ‘Make America Weak Again’ Trump erodes the very foundations of what truly made America great. The simple idea of ‘liberty and justice for all’ combined with ‘the pursuit of happiness’.

With Trump one is constantly challenged to decided between multiple choice questions.

This is a disgraceful truth that Americans must face. The continued exhibition of either incompetence, lying, and foolishness on the part of Donald Trump stupefies and confounds the concept of rationality itself. But this is likely part of his game plan anyway.

By flooding the media with phantoms to chase he may think that he can avoid the eventual anvil that looms above his head. This is not the sword of Damocles; quite the opposite. Rather it is the seeming inevitability of impeachment and then, possibly, or likely, jail for Donald. That may be the reason he is fighting so hard to blame everyone else and keep people looking the other way.

Notice that every time he is caught for ‘anything’ he blames ‘everyone’ around him or ‘anyone’ possible for the very thing he does or did.