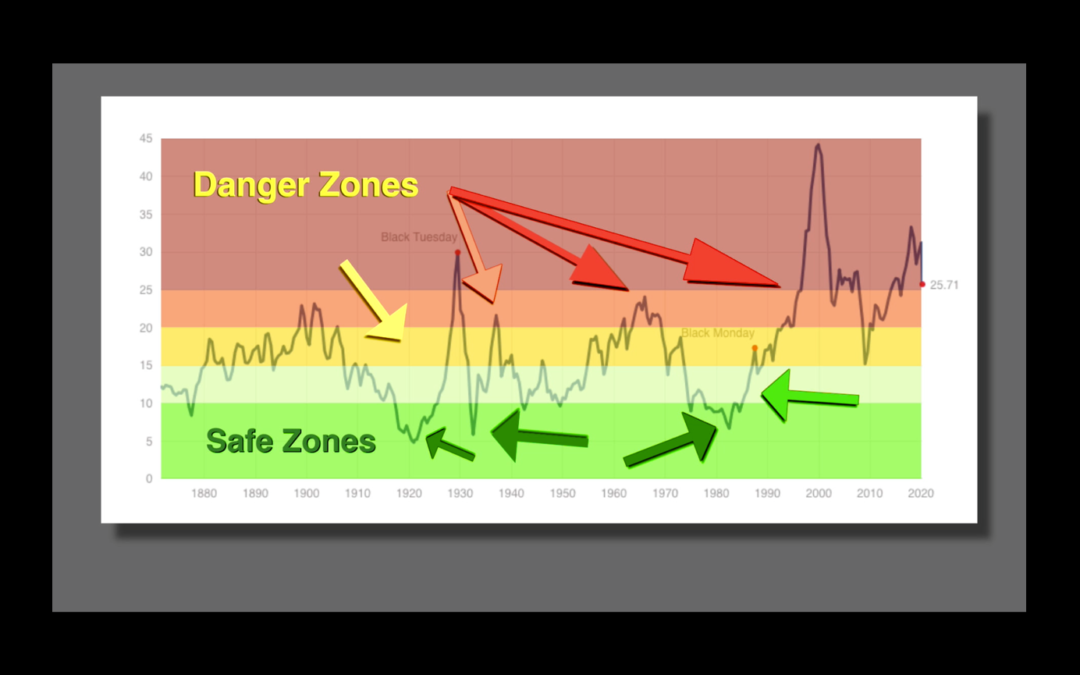 This piece explores relative values in the market in relation to government policy decisions and the Shiller P/E ratio. One of the key arguments addressed is the notion that Trump is doing a good job with the economy. The truth is, and it may be hard for some folks to accept, he is not only doing a terrible job, he has made the US economy more dangerous and put America and its citizens at greater risk by his policy decisions and actions.

Essentially, Trump did what Trump always does, he lied, cheated, and tricked his way into a rising market. In other words he created a ‘Fake Market’. Sure it was already overpriced, but that is the worst time to cut taxes and lower interest rates.

In doing so Trump increased Americas risk and that of it’s citizens. Trump made America less prepared to handle an emergency, and by the evidence Trump himself has shown us, he did it to serve his own needs, not those of the American people.

Trump cheated America into a Fake Market that put the country into a higher risk position. To make himself look better, he forced higher levels of artificial inflation into the market just so he could brag that he was able to make the market go up by giving tax breaks and lowering interest rates. Now Americans are forced to pay the price for Trumps ego.

Unfortunately, that price will also be paid in lives lost due to economic risk factors and a two month delay in taking meaningful action to curb the spread of the Corona virus.