Trump, Russia, Ukraine, Taxes, and the Swamp that Trump Built 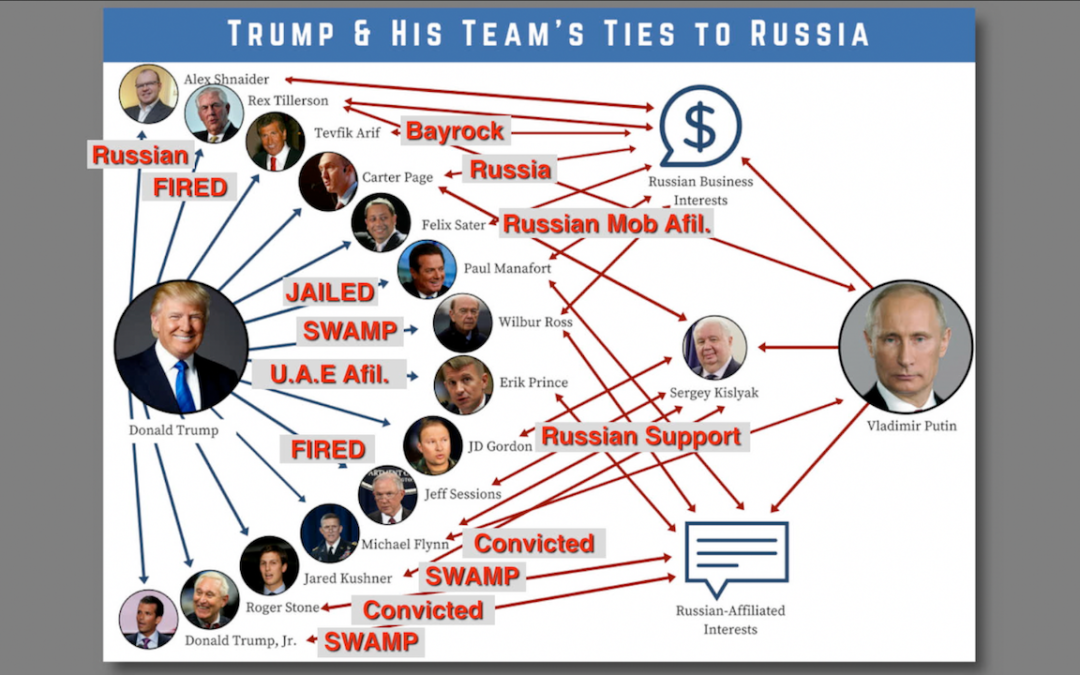 Trump is clearly indicated to be supporting, through his actions, Russia and other foreign dictators. Rather than protecting America, as he ‘says’, he is mostly protecting his business connections (and himself).

The clear and obvious connections on the 2016 campaign team still have not been investigated enough to show us exactly what he was doing in the years leading up to the election. Since the early 2000’s Trump has been in bed with and courting Russian connections (actually, since 1984). Those he was working with had direct and indirect connections to the Russian Mafia, Putin, and other ‘problem and swamp like connections’ were all there on his campaign team.

Essentially Trump was swimming in the Swamp he was deriding during his campaign. But that is Trumps Trademark. Whatever he accuses others of is typically what he is doing and/or guilty of. A thorough investigation of his taxes leading up to the election for the past 20 years would likely yield multiple fraudulent issues he has been involved in and lied about.

The only questions that remain is when will we see the taxes that Trump promised to show? Remember this: Donald Trump ‘claims’ to be “very honest” and “the most transparent president”. So when will he stop lying to his followers and show us his taxes, allow witnesses to testify, and stop evading and obstructing investigations into his obvious misdeeds and apparent crimes?

Note: Those individuals that were fired in the lead photo, Rex Tillerson and Jeff Sessions were fired because they tried to do that was right and ‘legal’. Trump did not like that very much.