The Trump Trade: How much damage is the trade war really causing? 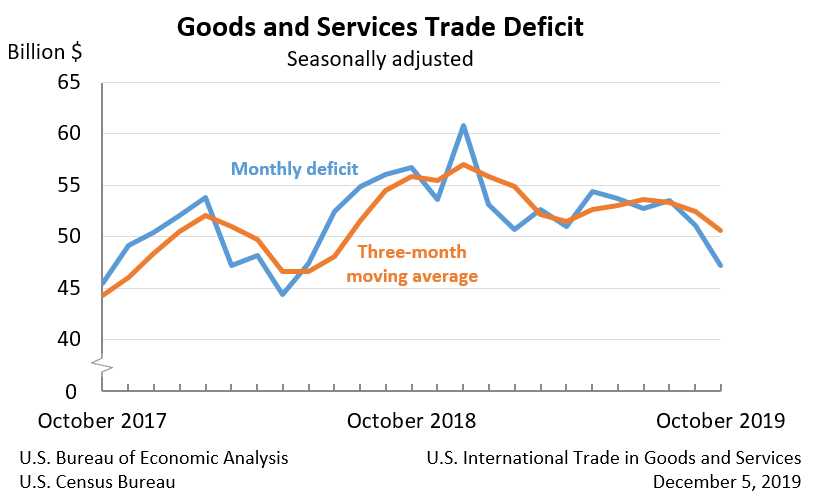 The Trump trade has succeeded in worsening trade relations with China and European Countries. Trump has been successful in pushing the deficit higher. Trump has also been successful and putting many American farmers in bankruptcy or on the brink of bankruptcy. Many America farmers have had to resort to food stamps and welfare because Trumps been so successful. If we are to make a prediction, based on Trumps actions, for the coming months, Trump will get a deal with China that repairs at least some of the damage he created… and then he will say he won. This is a typical strategy Trump has used throughout his life. Make things sound worse, or ‘actually’ make things worse, then try to repair what he broke, then call it a win.

All in all, if someone other than Trump is elected in 2020, some of the damage can be reversed but the bigger issue is the damage to Americas prestige in the world. Trump has badly damaged our relationships with allies while quite apparently doing deals on the side to protect himself at the expense of America and it’s people.

The cost to America includes all the damage Trump has done to our relationships with countries that were clearly our allies before Trump was elected. Now, those relationships are strained, to say the least. If America needs their help in the future, we will likely get less support than would have occurred otherwise. Simply put, without Trump, we would have been in a much better position.

In the mean time, Trump (who claims to be the most transparent president in history) is not only hiding his tax returns, he is refusing to let witnesses testify in his impeachment trial for the senate. So apparently in Trumps mind, transparency means ‘hide everything’.

The latest image below from the U.S. Bureau of Economic Analysis indicates that some of the increase in the deficit has been reduced.