Putin is a Terrorist – Support Ukraine

Volodymyr Zelenskyy stands strong to uphold Ukrainian independence against Vladimir Putin’s rampage. Putin’s invasion is a serious threat to global security. Most immediate is the threat against the European Union territories surrounding Ukraine. Putin has been telegraphing his wish to retake countries lost when the Soviet Union broke down.

Putin used his typical false flag operations as a pretext to try to trick the world into thinking Ukraine was threatening Russia and that he had to go kill Ukrainians in order to save them. It seems now more than ever, we have gone through the looking glass. Truth is a lie and lies are truth in this new fake world we seem to be embracing. Even the GOP was defending Russia. Tucker Carson gets more air time on Russian television than ever before.

Let’s be honest, Anyone that supports Putins propaganda is a traitor to American ideals, principles and values. 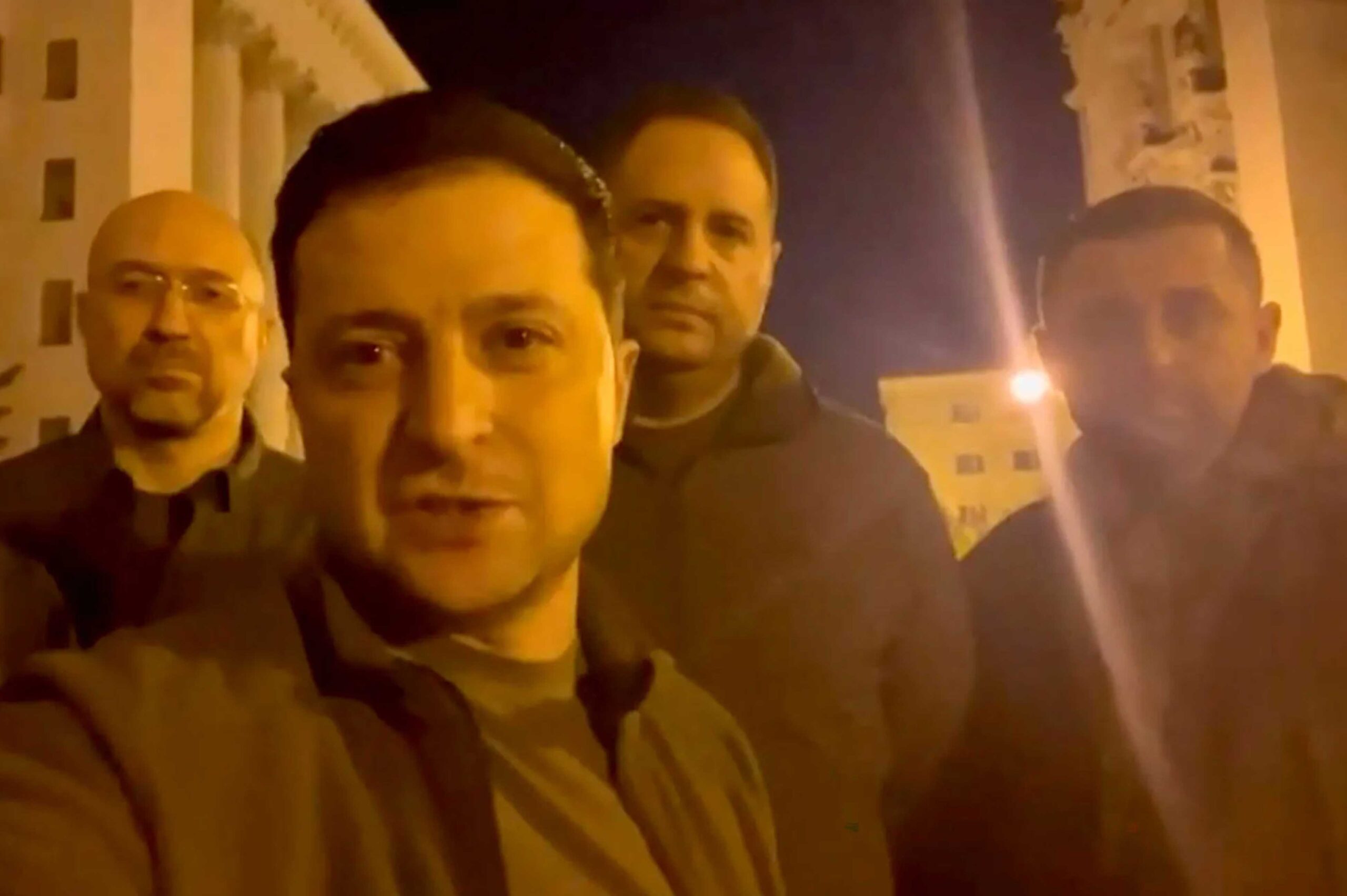 Defying Putin’s invasion and lies, Volodymyr Zelenskyy and his government stand their ground in Kyiv as Putin continues the Russian attack on the city and country of Ukraine.

Societies and countries that support freedom need to support Ukraine.

Putin has long wanted to take back the caucuses and this was his chance. The Trump administration, accept it or not, gave Putin exactly what he wanted. A President that essentially sucked up to Putin. Trumps adulation for Putin was in our face. Donald even said he trusted Putin more than he trusted our own intelligence community. That actually is treasonous. But he laid the wool so thick over his followers eyes they could not see the BS through the gaslight.

Trump and the Republicans have been ignoring global warming for so long by ignoring policy that would have moved America more quickly off of fossil fuels.

Not ironically, those same people, Trump and the Republicans, now support Ukraine. But they are using it as an excuse to push for more fossil fuel production. And the only reason they are doing that is because we are still relying too much on fossil fuels.

And the only reason we are relying too much on fossil fuels is because the GOP has been blocking policy that would have moved us away from fossil fuels.

For two decades I’ve been talking about how it is a national security issue. The faster we get off fossil fuels the more secure America is. In fact, I’ve also said the first countries to get off of fossil fuels, ‘those’ countries will be ahead of the rest on security concerns regarding energy.

Never the less, we need to support Ukraine as best we can. That means dealing with higher prices at the pump because the Republicans have kept America addicted to oil. That’s on them. Ironic or not, they continue to blame democrats for our current oil issues.

ter·ror·ism | ˈterəˌrizəm |
noun
the unlawful use of violence and intimidation, especially against civilians, in the pursuit of political aims:

Putin is a terrorist. And a liar. And a sophist.

His propaganda is everywhere.

But, the world is seeing through the trickery.

Not only is it terrorism to invade a country that is not attacking you. One of the most atrocious things Putin is doing, among many atrocious things, is his claiming to give Ukrainian civilians evacuation routes, (that reportedly route people toward Russia rather than away from Russia) with a route opening time, but no ending time. Then a couple hours into the evacuation, those on the route are randomly targeted.

It seems based on reports from US intelligence agencies and analysts, that Putin thought it would be easy to take over Ukraine. He may have forgotten about the last time he tried to do a soft takeover.

The Ukrainian people did not let him take over their country then, and they will do everything they can to stop him now.

Here is my own calculation. Before the war I was discussing this and my thoughts were thus: Russians don’t really want to kill Russians. And generally speaking, Ukrainians are culturally and relatedly Russian. Now, combine that with Ukrainians want to be free. And like Americans back in the Revolutionary war, they don’t want to live under tyranny. Putin is tyrannical so they have more motive to win than the Russian soldiers have.

So how did Putin get his soldiers and conscripts to feel motivated to invade Ukraine, which he now denies using even though many of them have been captured and said they were conscripted into the war against Ukraine.

Well, he lied of course.

Putin, based on reports from conscripts and captured Russian officers, told everyone they were fighting to free Ukraine from fascists and Nazi’s that had taken over the country. That’s some high level lying, but Putin knows it works. He used to be head of the KGB. He really is a disinformation expert.

As reported previously on this site and Centrist News, Putin wants to take back the caucuses and rebuild the former Soviet Union. This threatens innocent people and Nation States in the region, and around the world. Europe is in the line of fire and thus most directly under threat. Putin’s goal is clear. So, if Ukraine falls, he will not want to stop there.

It is up to us to support Ukraine as best we can. That means we have to suck it up and deal with higher gas prices. And do what we can to help Ukraine and stop Vladimir Putin.

The Result of Putin’s Attack

For the first time since WWII, the world has come together to support a country under threat of takeover by an authoritarian dictator. The determination builds as the war rages on. People everywhere are waking up to the threat Putin poses to the world and all our futures.

Enough is enough. We must unite to reclaim our government. Join the Centrist Party. Work together to heal our nation and return balance in governance and common sense for the nation and the people.