Impeachment – Understanding What is “High Crimes and Misdemeanors”? 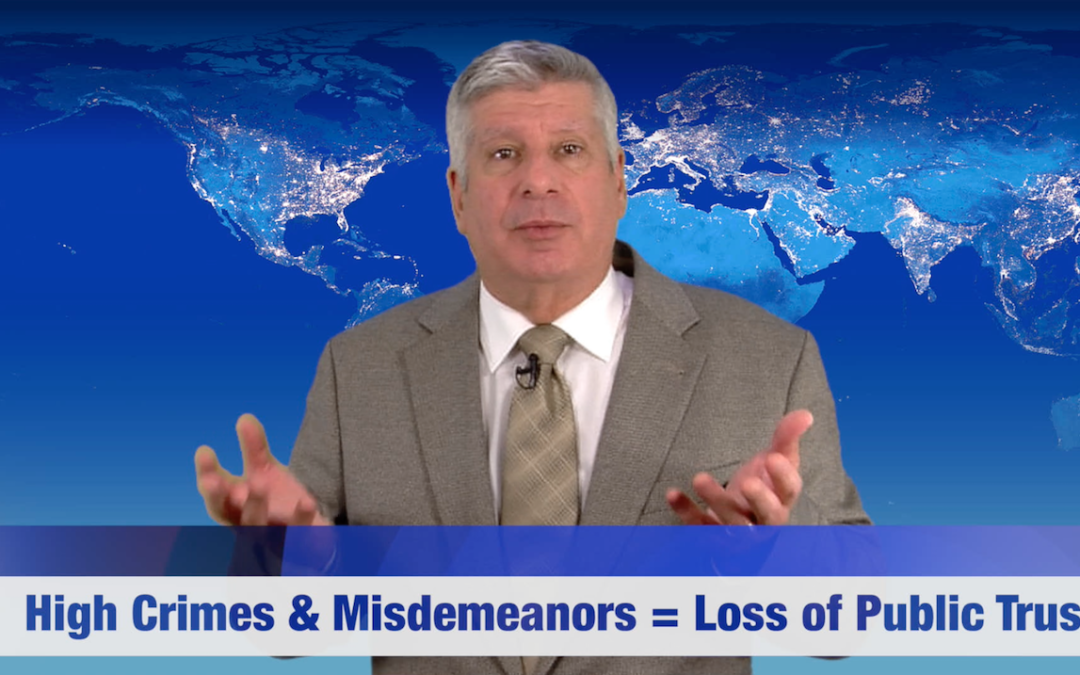 What Democrats and Republicans need to understand about impeachment is that the term ‘high crimes and misdemeanors’ has nothing to do with actual crimes. It has to do with ‘loss of public trust’. The precedence for this use goes all the way back to the year 1371, solidified in the 1500’s and became regularly used from the 1600’s forward. The reason our founding fathers used the term in the US Constitution was because they wanted a president to be able to be impeached if he abused the public trust in the office of the presidency.

The fact that congress impeached Donald Trump and that the senate used sophist argumentation to avoid responsibility and culpability in the abuses Donald Trump has inflicted upon America, including his amazing campaign during his presidency to ensure America becomes a weaker country is an indictment upon themselves.

And Trump was successful in weakening America. By aligning America with dictators and abandoning our allies politically and on the battlefield, Trump succeeded in ensuring Americas prestige in the world has been greatly diminished.

America and it’s citizens will suffer from Trumps tyranny for years to come, possibly decades or longer when one considers the long term ramifications form his failures to lead us to a greater future.

During Trumps impeachment process GOP members and right wing media continues to say Trump did not commit a crime with the Ukraine phone call. But it’s not about ‘if’ a crime was committed. it’s about loss of public trust.

When Trump used the office of the president to manipulate the State leader of Ukraine to influence the 2020 election, he broke the public trust. It was a quid pro quo. And it does not matter how many times Trump say’s there was no quid pro quo. Trump only says that because he knows his followers and supporters are gullible enough to believe him and will repeat what he says; even though he is clearly lying to save his own butt at the expense of American strength and prestige.

That also is a break with the public trust, and thus, that also comes under the auspices of ‘high crimes and misdemeanors’, which is also an impeachable offense.

In fact Trump has broken the public trust so many times it’s hard to count all the impeachable offenses:

I really could go on… really.

Keep in mind that while the term high crimes and misdemeanors has nothing to do with actual crime, it does not exclude actual crime. In the US Constitution Article 1. Section 3. we see …”the Party convicted shall nevertheless be liable and subject to Indictment, Trial, Judgment and Punishment, according to Law.”

So Trump can go to jail for actual crimes even a crime is not needed for him to be impeached.