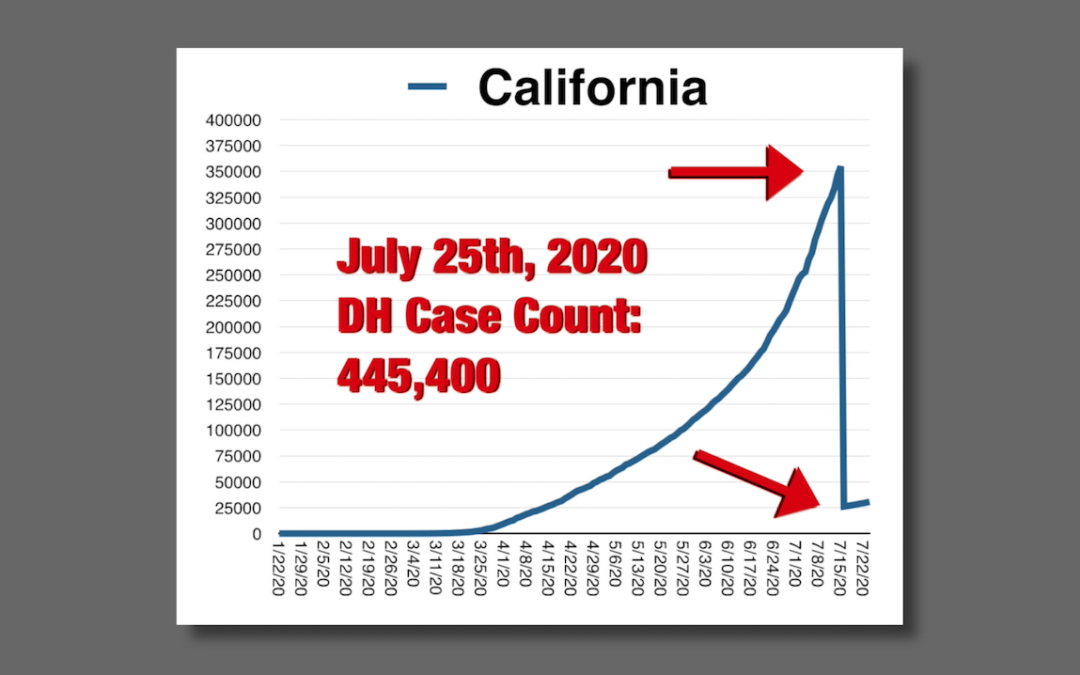 Trump decided he needed to control the Covid-19 data. Of course his excuse to take that responsibility over from the CDC was they were not doing a great job, and of course he and his team could do better.

Well, most of us knew that was a BS excuse and it did not take long to find out just how badly Trump and his experts could screw up the data set. It was pretty much instantaneous. They took over on July 15  –  On July 16. The data had already been corrupted.

It is clear they intended to mess up the data set. The most likely reason is so that they could manipulate its total output over time. So they changed all the numbers at the state level, adding and subtracting, one might assume so the change would not be noticed for awhile.

Trump is playing games with American lives. He may think it’s a joke but the folks that are getting sick and dying are paying for his horrible sense of amoral/immoral humor. Once again, another impeachable offense. Are you offended yet? Well, just another day in the Trump Administration.