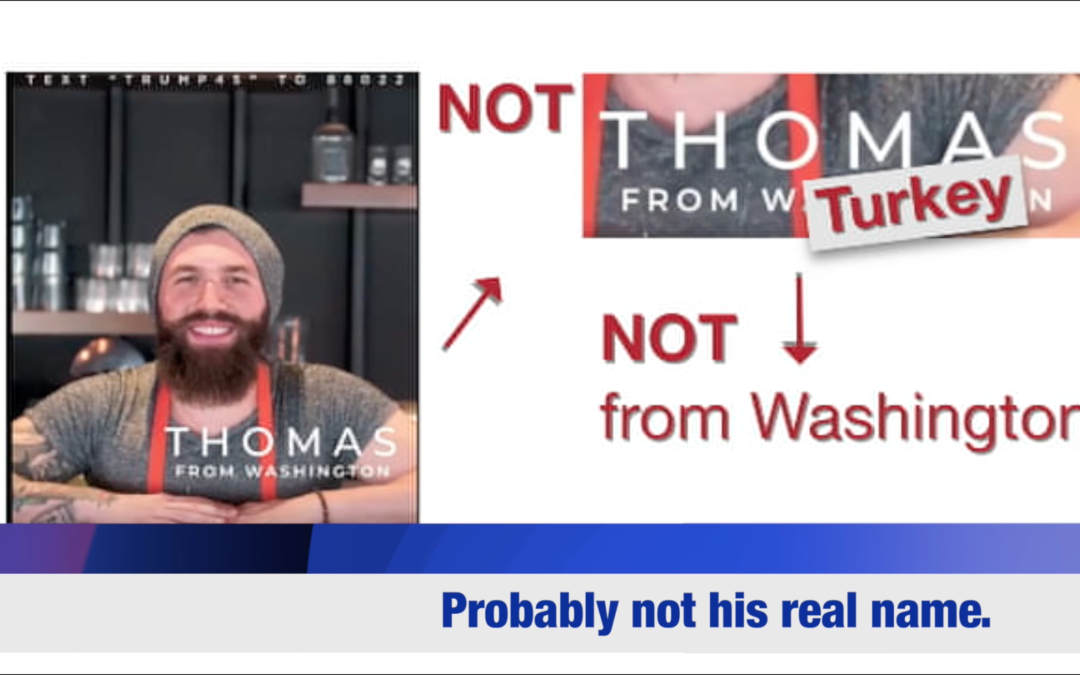 Ah, the classics. Oldies but Goodies. The things we should think back on and think about. Especially when what it means has an impact on current events and future choices.

Trump’s ‘Fake Ads’ are really typical Trump. His campaign used clips of image bank models downloaded from the net. This saves production costs so he can pay himself and his kids more money from his supporters/donors. And if 2016 taught us anything Trump and his kids are making millions from supporter donations.

Donald continues to take advantage of his more gullible followers. He trained them during his 2016 campaign to ‘only’ believe what he says and that all other sources, that are not praising him and saying how great he is, are fake. He feeds his supporters with a generous supply of BS and they seem to eat it up and claim it is tasty. But Donald’s path for America has been to plant as many loyalists as possible in his administration so he can take America into a full blown dictatorship. His recent statements that he has “total authority” and that any State Governors that do not kiss his ring are mutinous is only the latest manifestation of his totalitarian personality.

If Donald were honest his hats would read ‘Make Dictatorships Great Again’. But Donald has little interest in honesty, and a lot of interest in himself.